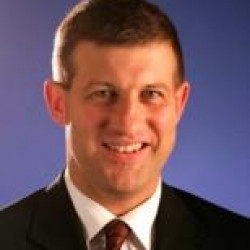 Peter has been a member of the New Zealand Institute of Forestry since 1984. He spent 15 years in the Forestry Sector  up to 1996 where with a multi-disciplinary back ground of a Forestry degree, Chartered Accountant and a MBA he held a diverse range of roles. Peter has previously served on the NZIF Council in the 1990’s.

Then up to 2017  Peter held senior roles in the public and private sector across the Transport, Infrastructure, Industrial Chemicals, Property and Fund Management sectors. Peter returned to the sector in 2017. Peter is currently the General Manager of New Zealand Carbon Farming, the largest supplier of Carbon Credits in NZ.

Peter is a Registered Member of the New Zealand Institute of Forestry, Chairman of the Registration Board and hopes his range of experiences can contribute to growing community recognition of the positive and value add role of the professional forester. Registrar
I am a registered forestry consultant based in Lower Hutt. I was born in 1953 and attained a B.For Sc (Hons) in 1977 from Canterbury University. After working for the NZ Forest Service between 1977 and 1987 at various locations I moved to Wellington to work for the NZ Forestry Corporation. After the State forest asset sales were completed I began consulting. I was first registered as a forestry consultant in the field of “Assessment, Investment Analysis & Valuation of Forest Resources” in 1992. 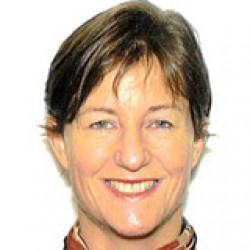 After a (another) major restructuring round, I went travelling and ended up in London where I worked as a consultant commercial risk manager for over 13 years; running my own company for 10 years. I worked on mostly rail construction projects ranging from smallish station re-builds (£250k) to major rail reconfigurations worth several billions of pounds, including the Thameslink programme, on behalf of both client organisations and major contractors.

Now back in Aotearoa/NZ......what a wonderful country. I think we need to see us from a distance to appreciate what we have as natural benefits - and more importantly what we can be....but we need to be able to deliver showing how we benefit the total environment.

Highlights of my forestry career have included being the only female forester (BForSc) - Brenda was the only NZCF female - working for NZ Timberlands in forest management. NZ Timberlands managed 50% of the NZ plantation forest estate in those days. And, am so proud to be nominated for a long-service award (20 years) as a member of my local fire unit last year. 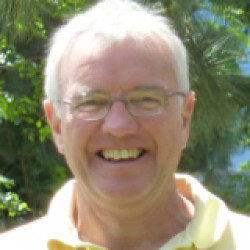 Geoff is the newcomer to the Registration Board and says he looks forward to representing the views of the Institute membership, however they are presented to him.

Geoff is one of a vanishing breed – foresters trained under the New Zealand Forest Service training scheme who attended an overseas forestry school. He was the last Kiwi to graduate from the Oxford School of Forestry Science.

After graduation, Geoff worked in a number of New Zealand Forest Service positions in Head Office, the Forest Research Institute, Waipa Sawmill, Kaingaroa Forest, the Forestry Training Centre and in Dunedin. He joined Dunedin's Tasman Forestry Ltd in 1981 and worked for nine years in Otago/Southland, Nelson/Marlborough, and as a visiting lecturer at the School of Forestry. After that he was forest manager for the Christchurch City Council, then the Wellington Regional Council.

In 2000 Geoff became self-employed and successfully applied for recognition as a registered forestry consultant. His main areas of consulting work have been in rural fire project management, rural fire protection reviews and environmental (mainly FSC certification) auditing. Geoff joined the NZIF in 1970, and held the positions of Newsletter Editor and Councillor between 1982 and 1988. He was Secretary for the then Wellington Section from 2001 to 2003, and has been on the organising committees for several Institute conferences.

Andrew has been involved in New Zealand forestry since 1962. He is a Registered Forester and an NZIF Fellow. He served on the NZIF Council as a Councillor (2003-04), Vice President (2004-08) and President (2008-14). He was elected as a registered member representative to the Board in 2016.  He was part of the small NZIF team that pursued (for over 5 years) and eventually succeeded in obtaining an exemption under the Real Estate Agents Act for Registered Members of NZIF.  He has chaired the NZIF Foundation since 2011.

The first half of his career was with the NZ Forest Service in general forestry and research. He was very involved in the corporatisation and then privatisation of the former State forests, along with Treaty of Waitangi issues and settlements involving forests and forest land in the 1980s and 90s.

Andrew has received a number of awards, including the NZIF Thomas Kirk Award in 2014, a Commonwealth Forestry Association Award of Excellence in 2015 and was appointed an Officer of the New Zealand Order of Merit (ONZM) for services to forestry in the 2016 New Year’s Honours. 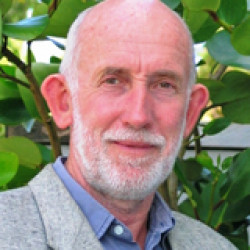 After emigrating from the United Kingdom in 1966, Ian’s first role in New Zealand was spending four years as a frontline forester at Kaingaroa, responsible for re-establishment following harvest, seed collection and weed control.

After post-graduate study in Canada he joined the Forest Research Institute (FRI) in Rotorua where he formed and led a multi-disciplinary team encouraging and developing mechanised techniques for growing plantations. After six years with FRI, Ian left to develop his own farm and forest enterprise just outside of Whangarei. With that established, Ian, his wife Sandy and a business partner built a forestry contracting and technical services company in Northland. In 1982, leaving this business in the hands of his partner, Ian (and family) spent a year with Chilean forestry giant Forestal Arauco developing establishment techniques, standards and management systems.

Ian joined Chandler Fraser Keating (CFK) in 1984 and was a director of the company at various times since then, setting up the Northland office of the company in 1985. As a general forester with specialist experience in plantation establishment and mechanisation, management audit and general resource studies, he led CFK valuation, due diligence and other projects in New Zealand, Chile, Uruguay and the Pacific Islands. He left CFK in 2011.

Ian has been active in the NZIF, spending time on the National Council and chairing a local Northland branch for several years in the 1980s. Before becoming a Retired Member a couple of years ago, he was the longest serving Registered Forester in New Zealand (registration No 3) and is currently in his fifth term on the NZIF Registration Board. 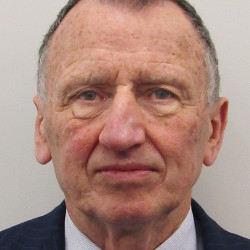 David was appointed as the independent member of the Registration Board in 2015. He is a civil engineering graduate from Canterbury University, a Fellow of the Institution of Professional Engineers New Zealand and has been a board member of the Institution of Professional Engineers, the Engineers Registration Board and the Chartered Professional Engineers Council. He is currently employed as an Environment Commissioner with the Environment Court. Prior to this, he worked in senior roles for a large firm of consulting engineers, architects and planners. He has worked on physical infrastructure projects in New Zealand, Australia, the UK and in many developing countries in the Asia Pacific region Ellanese is a Registered Member of the NZIF and has been co-opted to the Registration Board for a period of 1 year. She holds a Bachelor of Forestry Science degree from the University of Canterbury (2000) and a Postgraduate Diploma in Business from the University of Auckland (2017). Ellanese has worked in the New Zealand Forest industry in technical, forest management and consulting roles and hopes to bring to the Board the perspective of a mid-career practicing registered consultant.